The Circus Comes to Town

Allow me to preface this story.
One year ago today, my checklist for leaving the house was essentially simple:
-wallet
-cell phone
-keys
not to mention, when I left the house, I left with hair done and make-up applied.
Today, not only has the list grown, but it must also be completed in phases:
PHASE: BABY
-diaper bag
-bottle
-snacks
-stroller
-hat
-sweater
-sunscreen
-toys
-Ergo
-Sadie
-lolly, lolly, lolly!! almost forgot the lolly!! (aka pacifier)
PHASE: DOG
-leash
-treats
-plastic bags
-Whippet
PHASE: ME
-wallet
-keys
-cell phone
(and the extent of my beauty routine is deodorant and toothpaste)
Not to mention that if we're traveling by car, it means making more than one trip to load everything. And figuring out the best sequence of getting things there is kind of like solving that riddle about the fox and chicken and the bag of corn. You know, the farmer has to get all three across the river in a boat, but he can only take two at a time. And if he leaves the corn alone with the chicken, the chicken will eat the corn. And if he leaves the fox alone with the chicken, the fox will eat the chicken. And if I leave the whippet alone with the car, the whippet will eat the car. And if I leave the whippet alone with the baby, the baby will eat the whippet.
And this, my friends, might all be just for a trip to the grocery store.
So imagine when we go to Vancouver for a day. Just a day - 7am to 7pm, with no hotel room and therefore no place to set up camp, or should I say, THE BIG TOP.
This particular day began with catching the 7:00 ferry from Vancouver Island to Vancouver. Scott took Sadie up to the passenger deck while I stayed in the car and stitched up the Koo & Poppet animals I hadn't had a chance to finish the night before, which were to be delivered to another store in Vancouver that day.
The ferry docks, and we're on our way into Vancouver. I drop Scott off at his Vancouver office and we're on our own. And I have to pee. Hmm. I have to pee, and I've got a baby and a dog. And I have to meet my friend on Main Street in an hour. Thought process: Yaletown....park?.....coffee shop?.....mall?......grocery store?...yes, grocery store. I can get Sadie some food there too......what about the whippet? does she need to pee? probably. we'll deal with her later.......will i take the stroller into the grocery store? I'll have to. How else will I pee?......
So we wound up at Urban Fare's underground parkade in Yaletown. I left the dog in the car and put Sadie in the stroller and we entered the grocery store. At which point I nearly broke my leg when my heel slipped on that DAMN SLIPPERY FLOOR! Vancouverites, do you hear me?! The floor in Urban Fare is a death trap!
Anyway, we finished up our business there and drove over the Cambie bridge towards Main. I found an unmetered, shady parking spot on a side street and felt like I'd won the lottery. I was a little early so with Sadie jostled into her carrier on my front, I attempted to take the whippet around the block hoping she'd take care of her business. Attempted being the operative word. We had only had her for three days at this point and she had not really gotten used to walking on a leash yet. Or cars. Or grass. Or noises. Or air. And since it's late August, the wasps are just brutal. And soooo lazy. They swarm around at half speed and it's like they've somehow doubled their body weight. At this moment in time I'm a Whippet-walking, wasp-whacking, wailing infant-wearing woman.

ANYWAY, I won't bore you with all the details of the rest of this crazy day....I'm sure it's easy to imagine - backseat bottle-feeding, drive-thrus, traffic jams, crying, crying while in traffic jams (those are fun) and NOWHERE TO GO.

But I have to highlight one final event. I had an appointment at a bank on Granville Street at 3 pm. And yes, maybe it's not so smart to make an appointment at a bank while caring for a baby and a dog, but you see, I had no other choice. We were only in Vancouver for one day and the banking business I had to do needed to be done that week at that particular branch. So. I left the dog in the car, windows cracked, and took a very tired (and WET) Sadie into the bank. I found the office of the woman I was meeting with and sat down a little out of breathe.

"Do you have a bathroom I could quickly change my daughter in?"

"Okay," I said, and scanned the room. "Well then do you mind if I quickly change her in the corner on the floor here?"

Some of you may think this is an inappropriate request to make of a professional at a financial institution. And you may be right. But is it any less appropriate than conducting a meeting with a screaming baby wearing a full diaper? Not to mention, she wasn't much of a professional. And clearly did NOT have children herself and my guess is that she had never even been around children before or even people who have children. She made me feel like a total sideshow and even said at one point "this is your first baby" in a tone that was more statement than question.

She agreed to the impromptu diaper change (or at least, she didn't disagree), but I think she was shocked and disgusted that there might be some "uncontained" baby poo within a five foot radius of her desk. The rest of the meeting was a flurry of signing documents while trying to prevent the entire contents of the diaper bag from being emptied onto the floor, item by item.

I left the bank feeling like a total failure. A failure as mother for letting my daughter go so long with a wet diaper and putting her through this day altogether, and a failure as a self-respecting adult for losing any grip I had on "put-togetherness." The jig is up.

So I did what any person would do with her last shred of sanity. I be-lined for Stanley Park. We needed some shade, we needed some playtime, we needed some SPACE. I parked the car, freed Sadie from the prison of her 5-point harness, leashed the dog, and then, for a few teetering minutes on the Precipice of Composure, I lost the car keys. There was a lot of nostril exhaling going on and some salty burning under my eyes. Fine. FINE. I will just call Scott and tell him I can't pick him up from work. He will have to taxi to the park and find his stranded family. Then a tourist approached us and asked me whether or not I feed my dog, why is she so skinny? SERENITY NOW!!!!!

Car keys were then found in a most peculiar spot - behind the headrest of the backseat, how they got there I have no memory of. And all was well. I picked up Scott and we sailed back to the island, where things are peaceful and calm. I nearly cracked this day, but as they say in the circus, the show must go on. And I've got the cutest little dancing bear cub there is.

For reasons unrelated to the aforementioned circus acts, I've decided that when we have another baby I want to design him or her a carnival-themed nursery with lots of grays and yellows. Since I don't have any relevant images for the story in this post, I've included some images that I'll use for inspiration when the nesting instinct kicks in again.... 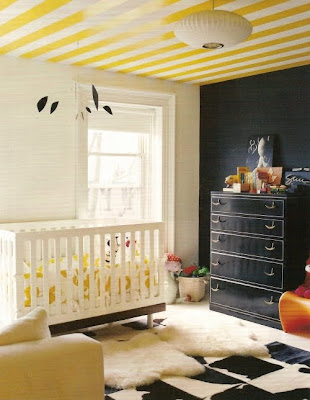 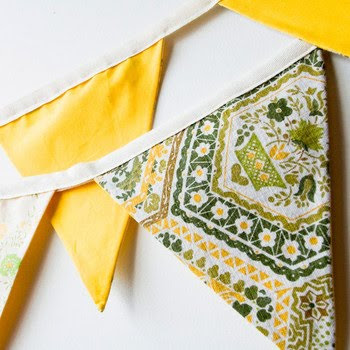 seen at Fawn and Forest 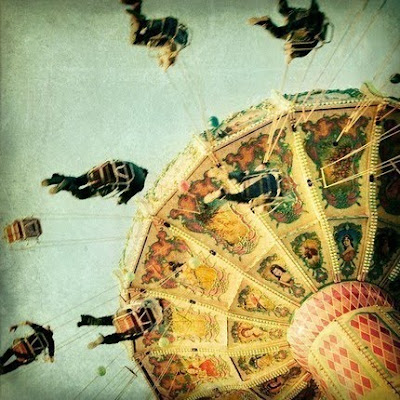 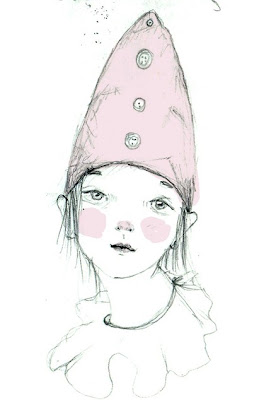 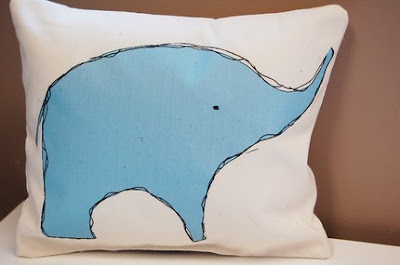 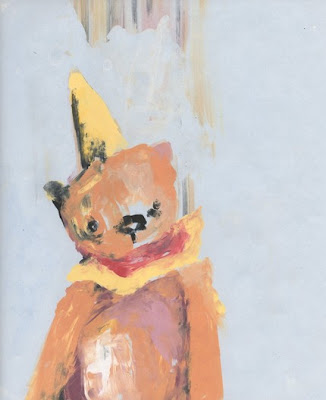 The Dark Tree
Which one is your favorite?
Posted by Koo and Poppet at 8:55 AM

o sarah, i actually can feel your salty tears! poor you, what a stressful day.

i have a similar checklist (minus the dog) but whenever we go to my mom's for the day, so I can work, I have my work bag: files, drawings, mouse, mouse pad, cell phone, power for laptop (which has no battery charge at all) binders, pens, keys etc. my mom is always wagering which item or items i will forget to bring and/or take home. there is always something, and i get to hear about it all day long, "why didn't you bring pilar any socks?" can i just tell you how annoying that is, my god woman you expect me to remember socks?

recently we were at ikea and trying to change pilar in her stroller right in the middle of the office furniture section. well when we realized how it might look to other people we started laughing and laughing, hysterically, I actually peed a little in my pants! when we regained composure, and started on our way, my mom pushing pilar in her stroller and me with the shopping cart, it took a few seconds to realize that while I was pushing the cart, I was rocking it as if it was the stroller! We spent at least another 10 minutes laughing hysterically.

I can actually see the humor in your day, though I'm sure you didn't that day. but it is an awesome story and memory, and well something indicative of a mom's life. next time please use my place as your home base!!!

good luck with your move!

Hi Andrea! I totally know what you mean about rocking inanimate objects! I do that all the time too.
next time we're over I'm definitely calling you! hopefully we'll be there for a few days so it can be a nice relaxed visit :)
p.s. Milly is on her way to you soon.....

This is a hilarious post and I mean that in the nicest way...considering what you went through. I was having a few chuckles at your tale and was doing the whole, 'mmhmm!'. You were basically in my neighbourhood when you had the whole Urban Fare incident. Sounds like one LONG day though.

basically in your neighbourhood, Andrea......judging by what's happened in the past, we probably missed each other by mere minutes! :)