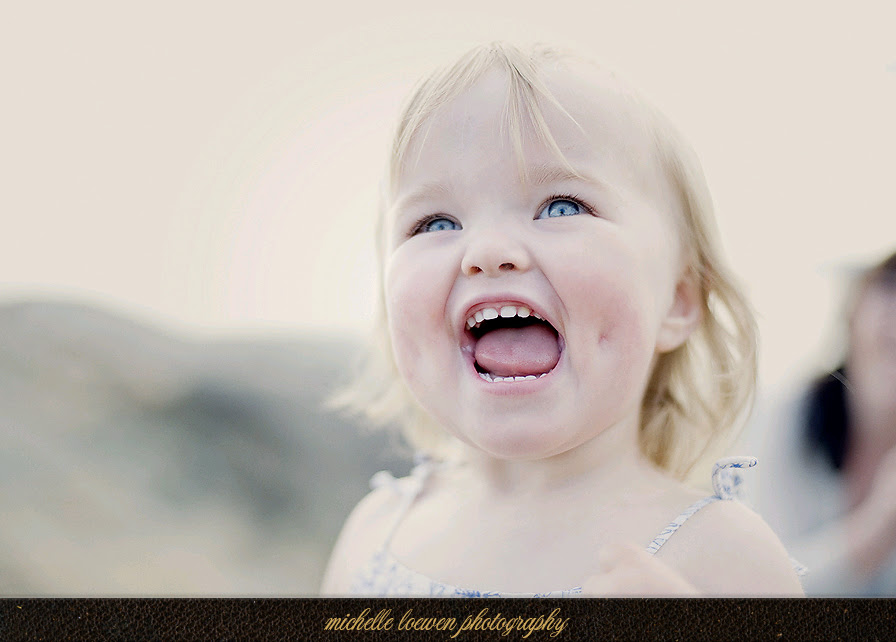 When Sadie was born, I remember being astonished by the fact that she had a nose. In fact, I was totally blown away that she posessed all of the physical features of a human being. This might sound ridiculous I know, and it's not like I was expecting to give birth to a kangaroo, but in my post-partum state I was utterly amazed that my body had grown this little being - and correctly at that! A nose! A perfect nose! How???? (Okay, okay, meiosis, blah blah blah).

But to all the parents out there, you know what I'm talking about, right?

I've had a year and a half to get used to all the little miracles that make up her physical form. As she gets older, it's her language development and comprehension that amaze me on a daily basis. Her new favourite game is "Shhh! Hide!" which she initiates independently and spontaneously, and she has somehow acquired a distinct recognition of the game of hockey, even though Scott and I are far from devoted fans.
She nods when appropriate, responds to suggestions, and pats her thigh to summon the dog. She laughs when things are funny.
One day we picked up Scott from the sea plane terminal and now everytime she hears or sees a float plane she says: "Daddy?" I am facinated by her little brain and the associations it is capable of making.

We have a 45 minute drive home everyday and for the most part, Sadie sits silently in the backseat, gazing out the window at the mountains and the trees. We wonder what she could possibly be thinking about. Milk? Coco? Toys? Mommydadda? The theory of relativity?

I find it hard to believe I've only known her for a year and a half. Where has she been all this time?
I believe that at least some small part of her has been with me all along - in the melodies I've heard, in the sunshine I've felt, in the love that I have found.

Photo: Michelle Loewen
Posted by Koo and Poppet at 1:32 PM

Labels: Sadie
Email ThisBlogThis!Share to TwitterShare to FacebookShare to Pinterest

I know EXACTLY what you mean... I am forever made fun of because the first thing I said to my dad when I phoned after my girl's birth was "I had a... BABY!!" all incredulous like. I knew that I had been cooking up a baby, but when you really see the final result it is pretty astounding.

I am also loving the language development. Will they ever stop amazing us?

I've never had a child, so I can only imagine the joy, happiness, and wonderment that comes with watching and experiencing the growth of the little one that was inside of you.

Hope you had a wonderful Mother's Day, and Sadie is indeed a beauty.

We can also relate......Gerald & I would often say things when Carter was born like "He's just like a real human" (what was the other option was I'm not sure) or when Malorie was getting older things like "She's a real ittle 'PERSON'" Can you imagine that? A 'person' haha We're missing you guys! Malorie just said today "remember when we went on the plane to see baby Sadie?" Sad thing is.....she's not much of a baby anymore is she? Growing up so fast.....
The East Coast MacNeills

That's was lovely to read. We have 2 little ones of our own and I marvel at their constant development. You can spend lots of time actively teaching them things and its rewarding to seem them respond but I love it even more when they make their own connections from their own observations. As "momsicle vibe" has noteed - Astounding and Amazing! May you enjoy thousands more moments like these : )

Chantal,
so true. Watching children react and interact with their world is quite extraordinary.
Thanks for reading :-)

Sandra,
We miss you guys! Every time we see a photo we are amazed at how big C & M are getting. Can't wait until the next time we get the cousins together again...xo