Adventures in Baking (kind of)

Unlike some, being a domestic goddess does not come naturally to me.
When Sadie and I attempted to make cupcakes from scratch, they came out looking like space rocks with the density of a shotput.
But they tasted not bad, and it was all about the decoration anyway, oink oink. 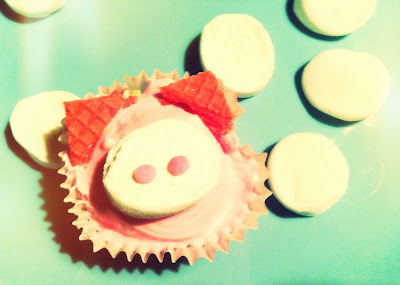 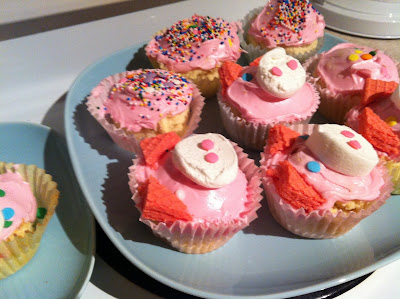 For our second attempt a week later, I picked up some confetti cup mix at the grocery store and decided that I would leave the true baking to the pros, at least for now. 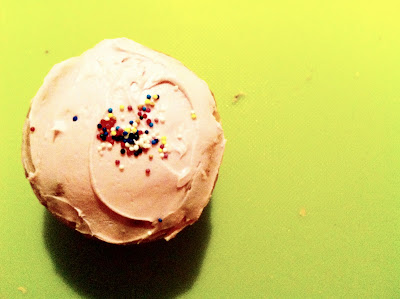 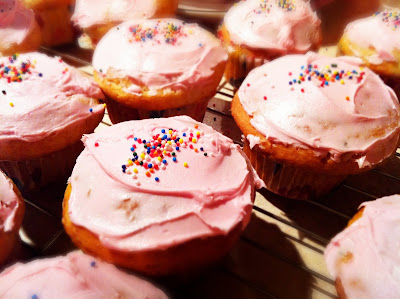 Afterall, as long as they're pink, she's happy.... 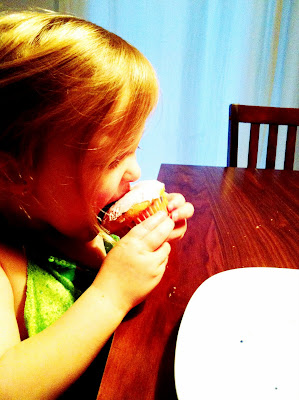 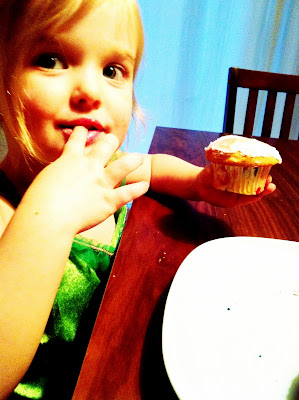 I can cook. I can cook you anything. Sometimes without a recipe even. But I so suck at baking. :)
Nice effort!